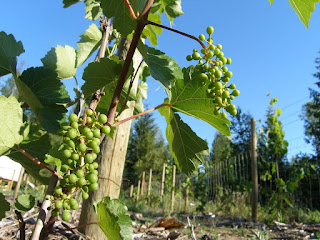 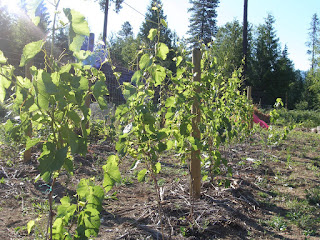 Was wandering through the forest on the property and found this beautiful vine and flowers growing up a tree. Not grapes but interesting to see it growing in the midst of a dark forest with thick canopy overhead. I think it is a wild honey suckle. 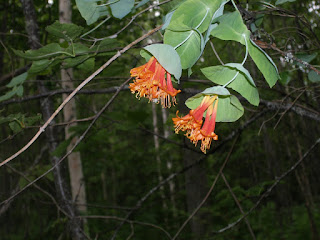 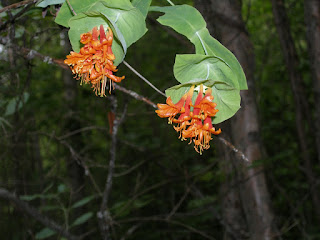 It is heplful to find this plant and match it to a plant hardiness zone as this provides insight into the long term climate of the area. I had estimated the plant hardiness zone at the vineyard site as 5A to 5B based on the Plant Hardiness Zones of Canada Map. I found a reference to this Honeysuckle vine that grows in the interior of British Columbia in plant hardiness zone 5. Also the plant hardiness zone map noted above list some plant species common to different zones. In 5A Oregon Grape (holly) is common and we find alot of it at our site as well. So we are likely in zone 5A to 5B and these zones can experience winter lows between -29c and -23c. This knowledge is important for choosing what varieties of grape to grow. So far we've experience winter lows of -19c (2007/2008), -25c (2008/2009), and -20c (2009/2010).
Posted by The Vine House at 9:29 PM 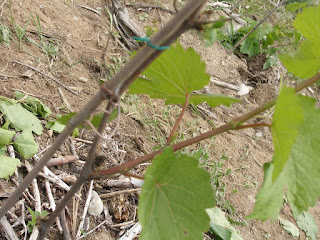 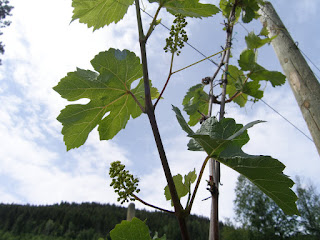 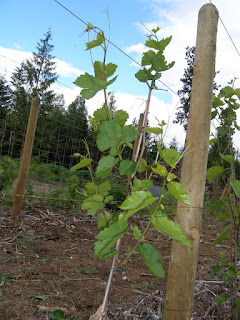