I think we will remember 2021 as a very challenging year. It started in February with a -24.5c cold blast that damaged buds on many varieties, to a record late spring frost in May that killed about 30-40% of the crop and some vines. The image below shows several buds that were killed by the frost. 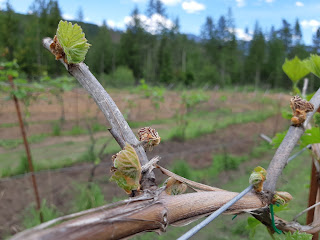 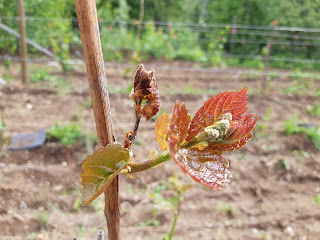 What we learned though was some of our varieties are quite fruitful on the secondary buds...the image above shows the primary bud that was killed by the frost but then the secondary bud just below it growing nicely and showing 3 flower clusters emerging.Then five weeks later we had records of 46c temperatures in July that killed some of the crop and damaged the fruit, which later led to fungal pressure on the grapes. The intense heat split the grapes that were exposed to the sun while the shaded side was fine. Same cluster below shade side and sun side. 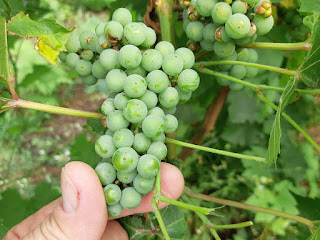 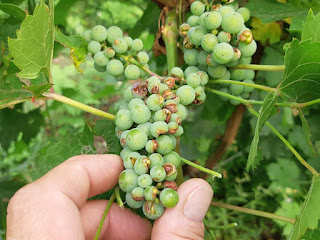 The intense heat brought forest fire pressures a few weeks later and forest fires very close to the vineyard but the winds changed in time and our area was spared. We got some rain in mid-August that helped suppress the fires

The heat also led to a very serious forest fire threats and many mitigation efforts on our part, but also the fire displaced many animal and the scourge of them getting into the vineyard and eating the grapes (birds, gophers, skunks, raccoons, and bears) despite the netting. 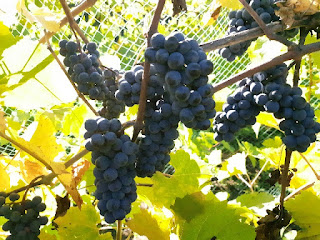 In the end what we harvested was well ripened and we recorded the most heat over the season at over 1100 DDG over 160 frost free days and we also planted about 3000 row feet of new vines.

We also lucked out with nice weather through harvest. We will post the final ripeness and climate data in a few weeks.

Already looking forward to next year.