Cold stabilization involves putting the wine that has finished fermenting into an environment  that has a temperature between +4 celcius and -4 celcius.  The cold temperature chills the wine and the tartaric acid begin to form into crystals and collects on the walls and bottom of the carboy.  The photo shows the crystals that have formed and stuck to the wall of the carboy.  We will stir the wine a few days before siphoning it off and the crystals will fall to the bottom and settle out. 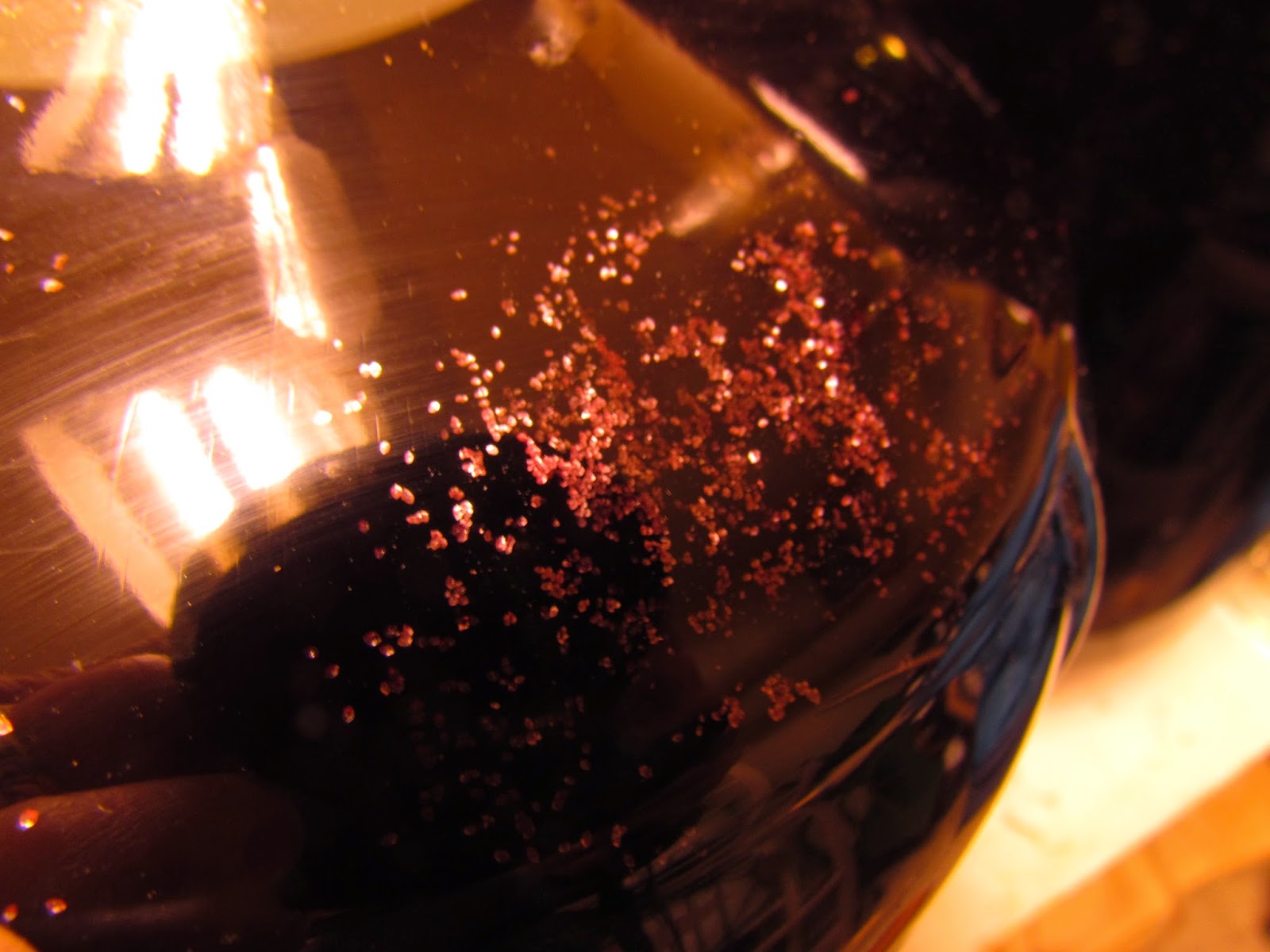 These crystals are sometimes referred to as wine diamonds and even commercial wines will have the crystals in the bottom of a bottle if the wine hasn't been cold stabilized.  What this means is that the wine was not initially cold stabilized but somewhere along the way it got exposed to cold temperatures and as a result the crystals formed and settled at the bottom of the bottle.  When you pour out that last bit of wine from the bottle its followed by these grainy crystals that you really don't want to drink. So we cold stabilize to lower the acid but also I don't want these crystals forming sometime later.

Next we will siphon the wine into a new carboy and add a bit of sulphite and sorbate.  We also take a bit out to sweeten with sugar.  We will add that sweetened wine back in with the rest of the wine and the sorbate inhibits it from fermenting.  Were pretty much done after that, just need to bottle and lable.
Posted by The Vine House at 7:42 PM