I haven't really blogged about this unique and rather rare grape variety. Its another of the Kuhlman family created in France around 1911 to be disease and cold resistant. 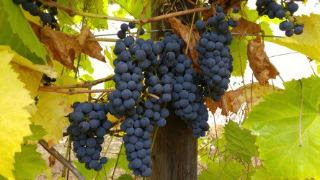 Triomphe is very vigorous blue grape and even in our sandy soil devoid of nutrients it can send out lots of 10 foot canes and side by side more vigorous than Foch. We could really go to a devided canopy on Triomphe and probably should.

This vine produces well every season, usually 2 clusters per shoot of spprox 70grms average. They ripen early like Foch and Millot but with lower acid so its great for blending.  However, we have found Triomphe makes a great wine on its own.

The flavour is similar to Foch and Millot for sure. Its often got a bad reputation from growers in other countries for not producing likeable wine. We disagree, but our climate and soil is completely different, and like Foch, grown in different locations can be very different in flavour, we suspect the same holds true here with Triomphe. 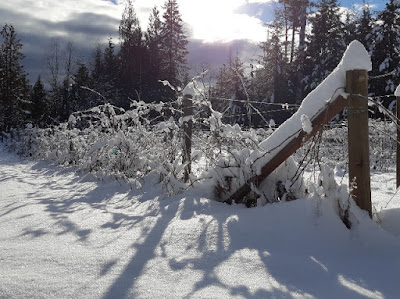 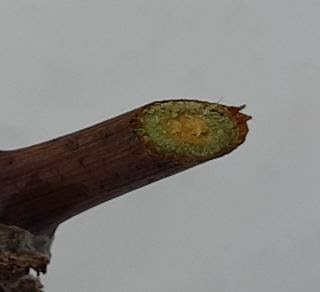