After five years of growing we have both a picture of the climate, soil, and what vines work and what do not. When we started out we wanted to plant a vineyard with Leon Millot, Castel and Acadie Blanc and we know now that the Castel does not like our sandy soil.  On the other hand the Leon Millot is doing quite well, remarkably so considering we've virtually applied no fertilizer or soil amendments to our 85% nutrient void sandy soil.  Interesting is that I've read several accounts that the Kuhlman varieitiees like the sandy soil, so for reds we've got lots to choose from including the Leon Millot, Foch, Lucy Kuhlman, Joffre, Triompe D'Alsace, and Colmar Precoce Noir.

This summer we are beginning to prepare the land we opened up for planting of approximately 0.5 acre of Leon Millot for next year 2014 and perhaps another 0.5 acre for 2015.  We are looking at 4-5 foot spacing and 7 foot between the rows - similar to what we've used in parts of the experimental vineyard (4x7).

We are also liking how the Foch and Acadie is working out and are looking ahead to potential plantings those varieties in the next few years however in all cases we're moving into the use of fertilizers and soil amendments to bring the vines into heavier production earlier.  Presently we are 5 years in with the Leon Millot and are obtaining approximately 200-250 grams of grapes per row foot - target is 1 lb per row foot.

We are beginning to add fertilizer this year in a relatively small amounts but already we've seen the vines take off more than other years. The challenge is now balancing the annual fertilizer amounts giving them just enough to get the enhanced growth and at the right times.  Last fall we added fertilizer to the ground after the vines went dormant, we added some at pruning time and again at bud break.  We'll not add any more until dormancy for this year.
Posted by The Vine House at 12:53 PM 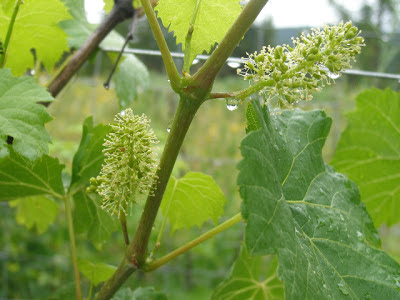 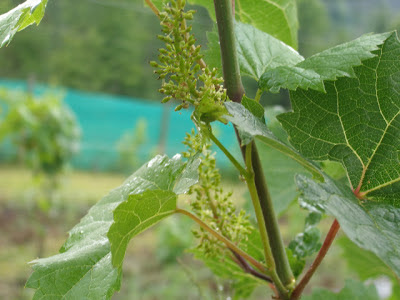 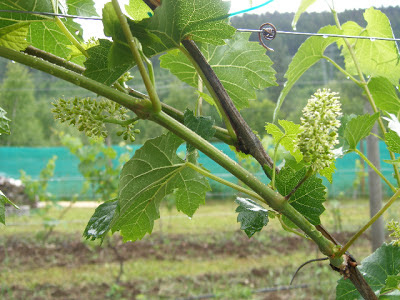 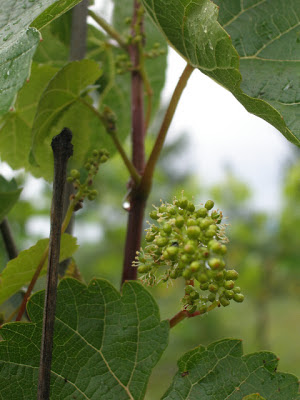 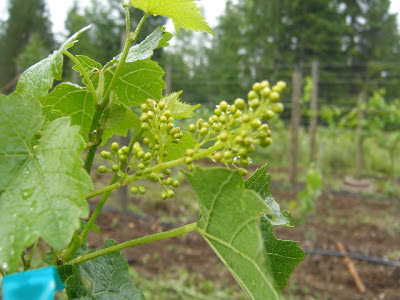 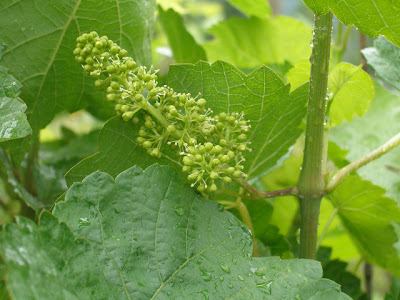