We've had an interesting winter so far.  It was not overly cold until the beginning of February when we had a few nights dip down to the -20c range.  However, we have not had a whole lot of snow cover for the vines.
Here is an old picture of the vineyard, with the snow at about 3 to 3.5 feet  up the exterior 7 foot posts - this is what we have in most winters and it covers most of the vine canes. 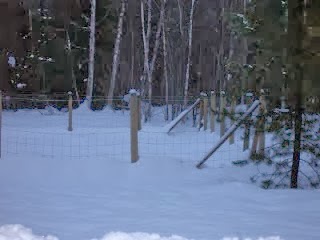 So usually we get about 3 feet of snow that accumulates to that level by mid December and stays till early February.  This year we've had about a foot less and this has left the vines exposed to the elements more than usual.  See below with snow just above 2 feet level of the 5 foot trellis posts; 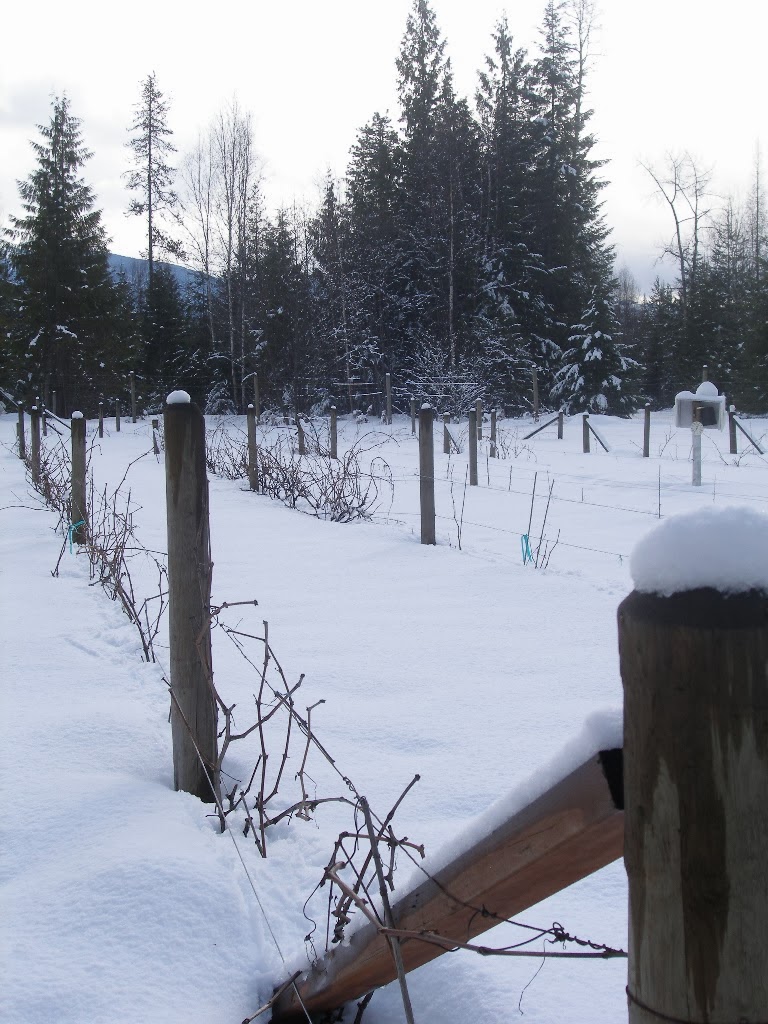 The -20c cold is not the big issue as all of our vines even the Pinot Noir and the Zweigelt can handle these temperatures but what can cause the winter damage is the freeze thaw cycles we get over the winter as well.

It is not uncommon in the winter months for us to get day time highs of +5 followed by night time lows of -5 to -10.  This can serve to thaw the vines during the day and freeze them again at night.  What protects them from the freeze thaw cycle is a nice snow cover.

Having taken a few cuttings in early January, there was no apparent damage to the canes but the buds can be a bit more tender and its harder to assess if damage has occurred in the buds until spring and bud break.  We'll see what happens in a few months.
Posted by The Vine House at 6:29 PM