Well following an uninspiring cool spring we entered summer but without the heat. The heat is now here having arrived the second week of July with temps in the +30c area. 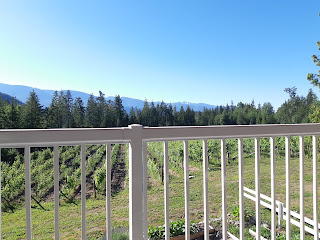 Although all the vines are at least 7-10 days late we are now seeing remarkable growth and grape clusters growing very fast. And wow...first time in several years there is no forest fire smoke in mid-July, or nearby forest fires. 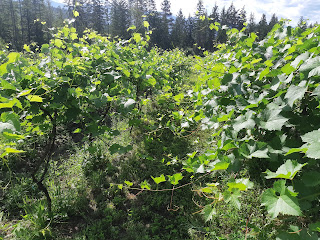 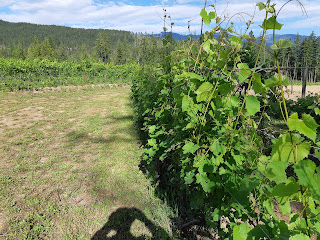 Weve been tieing and tucking canes the last few days and canes that were too short to tie are growing fast enough that they were long enough to tie up the next day.

Marechal Foch and Leon Millot look good, in fact everything looks good so far. Foch below. 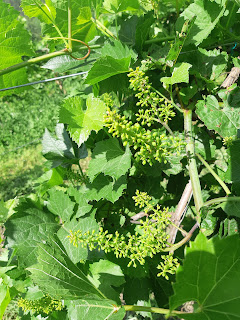 Oddly we were propegating Evangeline and some Vandal Cliche outdoors and the cool wet weather in spring caused most of the canes, particularly the Vandal Cliche, to rot or push shoots then die...it was that cool and wet.

The growth on the new planting of vines put out last fall and this spring is comming along slowly and the heat should now help to bring the vines into some significant growth.