So Much Snow and Cold Too

Amazing to see the difference year over year. We would normally have done all our pruning by now but the snow pack is unbelievable this year and much of the vines are under snow still. Environment Cnada says there is 140% more snow than normal in the Kootenay snow pack on the top of the mountains and for sure we see that in the vineyard.

Not only that it has been much cooler than normal.  Normal March temperatures are about 3.5c average but we had 2 this year so while we have had so much more snow we are not getting any heat to melt it away.  Environment Canada says expect a cool spring as well for the next few monthes.

Here is a photo from March 25 2016 when we were preparing the vineyard for new vines and a photo of the same area this year March 29, 2018. Most of the second year vines can not even be seen under 2.5-3 feet of snow that is still out there. 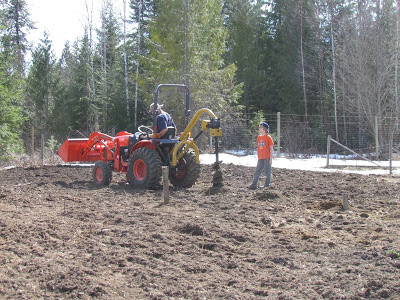 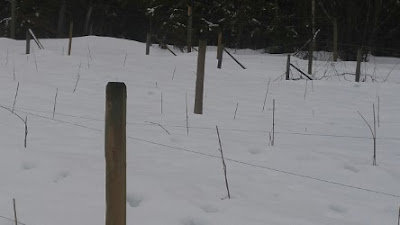