A friend of mine gave me a book titled "Fruit Ranching in British Columbia" by J. Bealby and published in 1909. 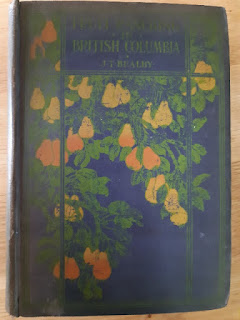 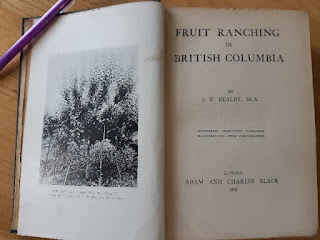 Very interesting book about orchard fruit growing primarily in the west Kootenays. Its filled with orchard photos from areas around Creston through Nelson and even Fauquier (photo above).

Particularly interesting was even at that time the assessment that the fruit growing land of the west Kootenays was undervalued compared to the same land in the Okanagan. 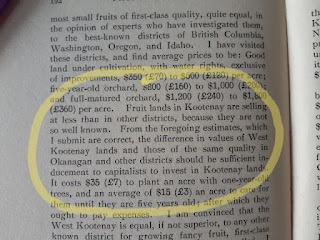 The tree fruits grown at that time was pears, plums, apples and cherries..no mention of grapes, and the harvests were sold across Canada and internationally.

110 years later and not much has changed in the fruit growing industry in the west Kootenays except perhaps less prolific than in 1909 but the potential remains and the area remains one of the finest fruit growing regions in Canada.