This is what we call our experimental vineyard in the west Kootenays. Actually this is what our son called our property in BC. The idea to start an experimental vineyard came about a few years back when we were talking about making our own wine. The vineyard is near the town of Edgewood, near Arrow Lakes and is at an elevation of about 2000 feet. We have done a ton of research on the area and found that historically this area was a fantastic place to grow apples, plums, pears, cherries, peaches etc. but the fruit industry died in the mid 1950's. You can still find a few old orchards within a kilometer from our site and at the same elevation. Accessibility to the large markets was poor at best and relied on shipping by boats up and down the Arrow Lakes then shipping by rail. Disease from an imported virus wiped out the cherry component of the fruit industry. When the ships stopped running the lake, that destroyed pretty much of the rest of the industry however, it was the creation of the Keenlyside Dam in Castlegar that was the nail in the coffin. The dam was completed in 1969 and flooded the valley and nearly all good farm/orchard land along the Arrow Lakes from Castlegar to Revelstoke. 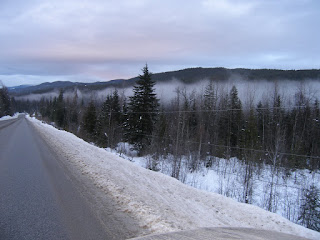 The climate in the area is hot in the summer and moderate in the winter. Historical records from Nakusp (55 km north) and Fauquier (4 km east) show a all time low of about -30 c. compared to -37 for Kelowna(AWOS) (90 km west) , Vernon (100 km north/west), and Salmon Arm. What is interesting is that these lows for Nakusp were pre-1968 (before the Keenlyside dam flooding) and since then the lowest temperature has been -23 c. at both Fauquier and Nakusp. Some of the locals claim that when the valley was flooded and the lake got bigger that the climate moderated some and eliminated the deep cold spells of winter. There may be something to this as Kelowna which is 90 km to the west (as the crow flies) has experienced its historical lowest temperatures since 1968 and has tou 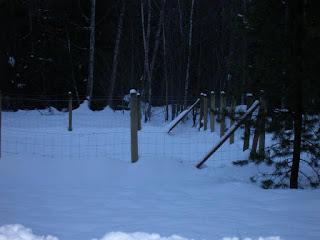 We found out that in BC the earliest ripening grapes require about 850 degree days growing of heat and about 130 frost free days. In addition, we learned that -30 c is critically cold for even the hardiest of BC grape varieties. So far we determined that if we had cold hardy varieties we'd be ok but we needed to determine if we have enough heat and frost free days. From the climate data logger at our site we found it recorded 905 degree days growing from May 1- Sept 31 of 2008 using 10 c base. Not bad for what was considered regionally as a cold summer. Add about another 30 degree days each for April and October for a year total of about 950-960 DDG. There was killing frost on May 2nd and October 9th giving us about 160 frost free days and based on extrapolations from the Fauquier historical weather data I had expect about 150-160 frost free days.
Posted by The Vine House at 7:13 AM