Moisture from the Air 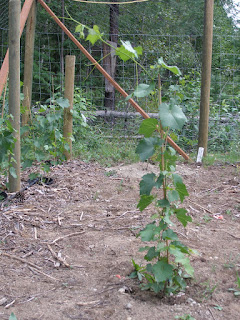 I read about a few interesting studies that had been done that measured the amount of moisture that was added to the ground from the moisture in the air - not from direct rainfall. They were conducted in the Mediterranean and in an arid climate. The one study found that 179 mm of moisture fell as rain from April 1st to September 30th but they found that their instruments measured the equivalent of 225 mm of moisture. They concluded that as a function of high humidity and dew formation that the ground received this extra moisture that was not recorded as rain fall. Sandy soils showed the highest increase in moisture from the air (probably because they cool more and therefore a greater capacity to form dew). They measured this by measuring the weight of the soil of which the added moisture showed up as extra weight. Anyway, this is interesting as this amounts to about an extra 30% more moisture in the study.
Dew Affect On Soil Moisture
Affect of Water Vapour on Soil Moisture
Parameters Affecting Water Vapour Absoption by Soil
The reason I was looking for such studies is that every morning in the summer I walk out into the vineyard and the sandy ground is wet with moisture from dew. And the amount is significant in that it appears that there had been a light rain overnight but the rain gauge has only dew on it, not rain in it. I have been wondering how much moisture this would be and if it is use able moisture.

While I can't measure how much moisture gets added to the ground, at our site we have high daily humidity and our nights get quite cool such that we have significant formation of dew (we also have sandy soil). So much that I'd be soaked from hip to toe if I took a 50 foot walk in the high grass and ferns. This may help explain why the unirrigated vines are doing well.
Posted by The Vine House at 9:06 AM